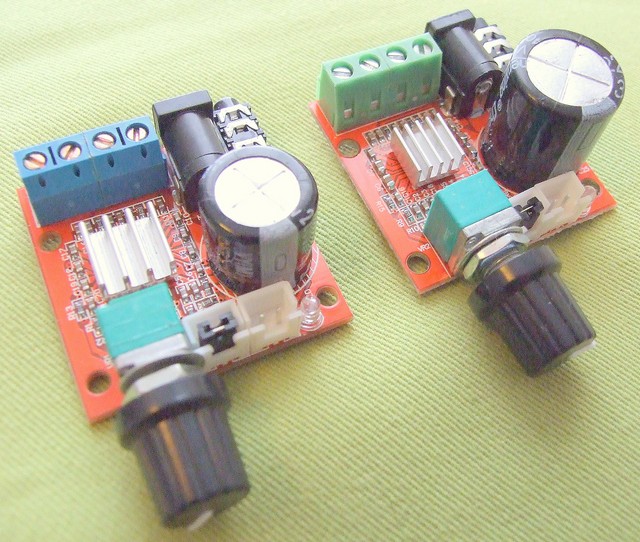 PAM8610 can be seen as a "big brother" of PAM8403 in the sense that their sounds appear somewhat similar. PAM8610 is, with 2x8 Watt in 8 Ohm, clearly more powerful than PAM8403 and has the margins to be used as an amplifier for daily use with two- or three-way loudspeakers. It can provide a sufficient sound level from book-case speakers without risk of noticeable distortion. Like for PAM8403, a somewhat pronounced deep bas characterizes PAM8610. The PAM8610 could benefit from a 50Hz high-pass filter at the input such that power for the deep bass does not become a limiting factor. PAM8610 has a rich sound with no significant hiss.

PAM8610 is housed in a squared 40 pin QFN package with pins on all 4 sides. As the QFN package is tiny, manual work on the PAM8610 is very difficult. So, for DIY purposes the chip should be acquired in a board where only the peripheral components may be modified. With only 20mA quiescent current the idle losses are below 300mW. Such can easily be handled by a heat-sink glued on top of the PAM8610.

The chip is found in minimum-configuration modules with only the most essential peripheral components and in boards also including a supply-line decoupling capacitor, a volume potentiometer and connectors. Both types are sold at very attractive prices. Two specimens of a more complete board were prepared for test. One of those was bought at about 5 times the price of the other so attention has to be used in purchase. 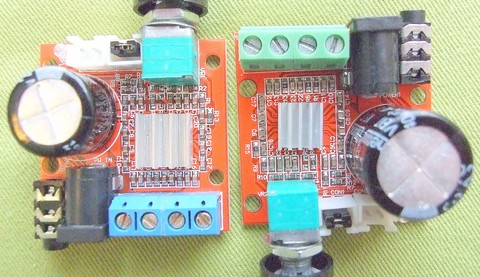 A particular issue for that module is the value of the boot-strap capacitors used. The PAM8610 data-sheet recommends use of 1uF boot-strap capacitors. But, a member of the diyAudio forum believes that less is used for that board and should be replaced with 1uF capacitors. Else, the bass performance will be affected. For that reason the two boards tried here were modified as recommended on the forum, before test. 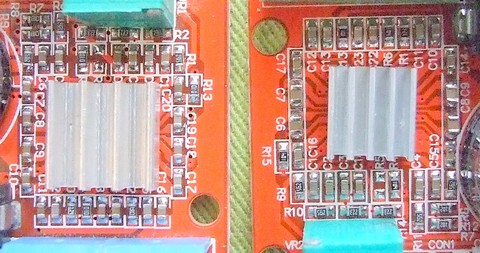 In conclusion, the PAM8610 chip provides good sound with sufficient sound levels to perform as an amplifier for daily use and it is sold in boards with attractive price. Further, it is well suited for mobile use such as in a vehicle. 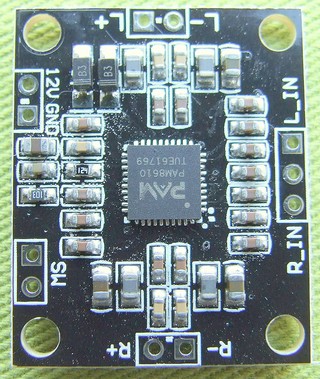 Comparative tests have not yet been performed. From initial testing the PAM8610 is expected to manage well seen in the light of its attractive price.

A version, PAM8606, exists and appears to perform in-between the PAM8403 and the PAM8610, without exceeding the PAM8610 performance. Therefore, this chip was not found interesting for test. 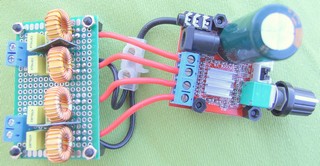